The Memorial Poppy speaks to us.

It stirs our memories of the fallen past; it ignites our longing for a peaceful future.

This year, during London Poppy Day, thousands of uniformed personnel from the Royal Navy, RAF and their supporters collected at tube and mainline stations across the capital. By raising a fantastic £430, we are very proud to say that YMCA Club’s very own personal trainer, and longest-standing volunteer Steve Whitmore played an important part in helping the Victoria Station Poppy Appeal raise a breathtaking £60,000 on the day. Here is Steve, an ex-Army soldier himself, selling poppies on behalf of the Royal British Legion at Victoria train station on November 7th wearing the Queen’s Diamond Jubilee medal and his coveted Order of Mercy Award. 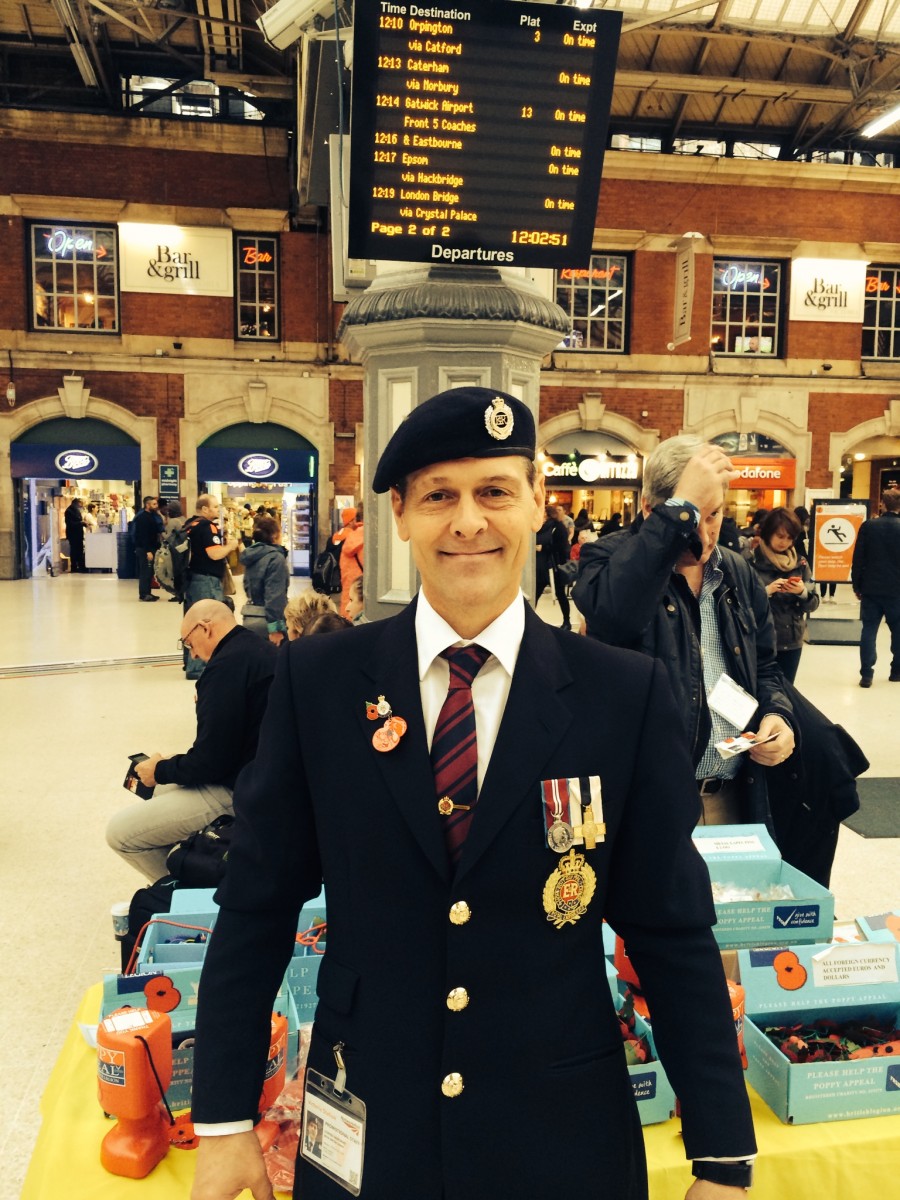 Last year The Royal British Legion 2015 Poppy Appeal raised over £45 million in 2014, the WW1 Centenary year, and they are aiming to raise over £40 million again this year.

We’d just like to say thank you to Steve for helping the Royal British Legion continue its important work.

"The Poppy Appeal was originally created to help those returning from the First World War and, a century on, the funds raised by volunteers like Steve continue to help today's Armed Forces families in much the same way, whether through coping with bereavement, living with disability or finding employment. To raise over £400 as Steve did makes a huge contribution to this worthwhile cause".