#Sexting #Relationships #Teenagers - and the Law 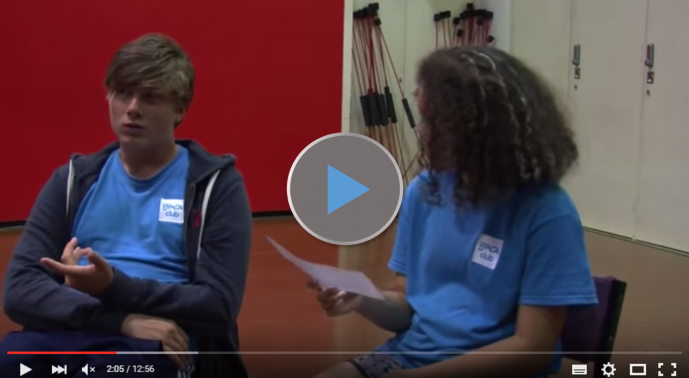 What does sexual consent mean to you?

Do you know what a healthy relationship looks like?

How much do you know about sex and the law?

These are very important questions for us all, but take a moment to consider just how much impact these questions could have when asked by teenagers, directly to their peers? 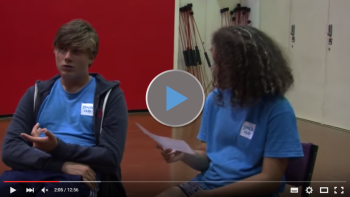 To see for yourself, we invite you to view the short film ‘Young People, Relationships and the Law’ (dir. Suzanne Cohen).  Produced with funding from London Borough of Camden for Camden Summer University, the film has been made with the participation of the young people from Central YMCA’s Young Health Champions project.  This summer, the film was screened at the British Museum, as one of the highlights of the achievements of the students of Camden Summer University 2015.

When filmmaker Suzanne Cohen met with the young people from Central YMCA’s Young Health Champions’ project, she knew she had the potential to create a powerful film on issues facing teenagers today; a film that would also provide important insights for us all.

Young people are grabbling with complex challenges around technology and mobile devices that are beyond most of our abilities to keep up with, let alone control.  BBC’s Today programme  (3/09/15) covers the story of a 14-year-old boy who faces prosecution for ‘making and distributing an indecent image of a child’. It is an image of the boy himself, taken on his mobile phone and sent to a girl he knows.  He had no idea he was breaking the law. He is not alone. Most young people who treat ‘sexting’ as the new ‘flirting’ have no idea that they could potentially face criminal charges.

How do we, as a society, begin to educate young people about these issues when technology is at their fingertips, and the law seems a million miles removed from the immediacy of Instagram or Snapchat?

Creating a relevant project with teenagers, that engages them on questions of relationships, sexual consent, and ‘sexting’ is no mean feat.  But this is exactly the task that Laura Walsh, Youth Programme Manger at Central YMCA took on. In September 2014, Laura was behind YMCA England’s signature Young Health Champions project, aimed at engaging, educating and empowering young people on the subjects of; mental health, sexual health, physical health, and drugs and alcohol -  to enable them to become youth health trainers and peer educators themselves.

When passionate people come together with a clear purpose, inspirational results are guaranteed: results that have the power to be life-changing.

Life-changing is a strong word.

CentralYMCA has been in the business of changing lives for almost 170 years, so they believe they recognise it when they see it.  Their Young Health Champions programme, which focuses on the main health issues facing young people, has produced outstanding results for the young teenagers involved, the partner organisations who have assisted, and for the young people who are now benefitting from the open discussions that the project has initiated.

Like most impactful projects, lasting results require the participation of partners behind the scenes. Central YMCA would like to thank all those involved in both the Young Health Champions project, and the short film, which powerfully demonstrates the importance and relevance of the young people’s work.

As a flagship project, the Central YMCA’s Young Health Champions project has successfully concluded its findings, and has ended -  for now.

Through the Young Health Champions project, the CentralYMCA has started, and must be enabled to continue to empower our young people to ask pressing questions that are relevant to their health and wellbeing.  We also need to ensure that the funding for this vital project is successful, if we are to show that we, as a society, are willing to listen to their answers.

Their answers are potentially life-changing for us all.