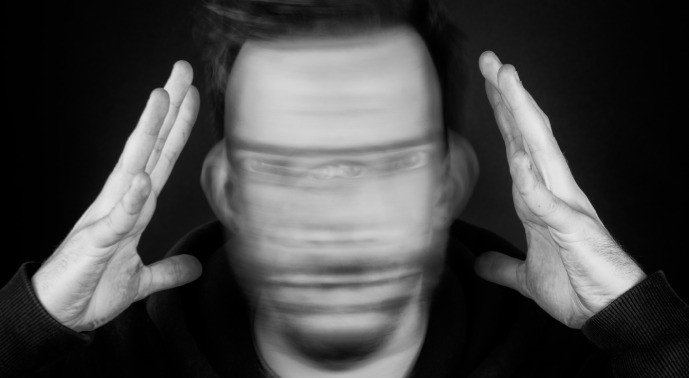 Jayden Parsons is no stranger to battling mental illness. As Founder of Australia’s YMCA ‘mYnd-pump programme’ and speaker at the recent YMCA 175 global anniversary celebration in London, Jayden explains how physical activity can play a big part in positive mental health…

At the age of 19, Jayden went to university on the Gold Coast. He left behind his old home town, which had seriously been affected by a spate of suicides amongst the youth. These were the people that Jayden grew up with – his network, his peers.

“We lost six young people in six months, and sadly, four of those people were my close friends. I was young and didn’t know how to grieve, so I threw myself into volunteering to consume my guilt for not being there for my mates. At the same time, I had other pressures with work and study and also had my first relationship breakdown.”

“When I went back home for Christmas, I suffered from a pretty big injury. I was unable to work and needed surgery. I had to quit my job and put uni on hold. All my grief - and the mental illness that I had been burying - came rushing to the surface and I sadly attempted to take my own life.”

After spending some serious time in hospital, Jayden witnessed the impact that his attempted suicide had on his family, friends and wider network. It was at that point he decided to “take control” of his mental health and vowed to do anything for anyone who felt the same way he had. He didn’t want them to experience what he had experienced.

“There were so many young people who we met suffering from a form of mental illness who didn’t engage with any physical activity, but knew the benefits it had on mental health. There was an obvious gap.”

Jayden took his research to the University of Queensland in Australia who provided scientific evidence which endorsed his findings and the benefits of group physical activity on mental health:

This scientific research gave him the confidence to create a pilot programme in 2018 called ‘mYnd-pump’, which harnesses the benefits of physical activity for young people struggling with their mental health.

Today, mYnd-pump is a free, twelve-week fitness programme for people aged between 16 and 25 who self-identify as someone who has challenges with their mental wellbeing. Jayden explains the key features of the programme:

“It’s a relatively simple implementation - mYnd-pump provides preventative benefits in the youth mental health space. As the YMCA is a prominent fitness brand in lots of locations and works with young people, it makes sense that we’re working in this space.”

“Mental health treatment is often reactive. In my experience, once you’re diagnosed with a mental illness, that’s when you start to look after yourself. One of the benefits of mYnd-pump is that it’s a non-clinical, preventative programme.”

Two staff facilitate every session – a Personal Trainer and a mentor. The PT runs the group like any other session. The mentor conducts the survey, de-escalates any challenging situations and is available for any individual mental health support should anyone need it. This means the PT can focus on what they’re doing and individuals get the support they need without disrupting the session. All key staff have had mental health first aid training.

mYnd-pump prides itself in endeavouring to remove any obstacles which might prevent someone from attending the programme:

“Whatever they need to participate in the programme – we give it to them: water bottles, towels or tee-shirts, so that’s one less thing they have to worry about. Everything about the programme is focussed on empowering every step.”

Positive body image and positive speech is also fundamental to the programme:

“We don’t push any physical measurements or weight measurements - nothing of the sort! It’s all about how their physical activity impacts their mental wellbeing. There’s a quote that we use all the time: ‘Start where you are, use what you have and do what you can.’ That’s key to what we’re doing.”

Depending on venue capacity and staff capabilities, ‘aerobic activity’ can be anything from basketball, gymnastics, spinning, body pump, boot camps or weight training. Although mYnd-pump’ programmes vary across locations, their impact measurements is the same:

Over the 12 - week programme, participants complete two one hour non-clinical exercise sessions in the morning, every week. They are encouraged to provide feedback about a) how they feel and b) how they feel about the session. Jayden has been delighted with the results:

“We’ve had a 20% positive increase in the mental health of mYnd-pump participants. Their mental ill health went down by 37% across the group over 12 weeks.”

They keep coming back for more!

mYnd-pump has become so popular, that many of the participants want to repeat the programme. They can do so by becoming a member of the YMCA gym.

“We find that most of our participants want to stay on with us. They stay at the gym where they have become comfortable. There’s always a group of young people who want to maintain their network, stick together and keep training. Many have completed the programme twice back to back and or event three times. We often have people who want to give back to the programme, so we give them an opportunity to become a mentor.”

“After a mYnd-pump programme, the least number of young people we’ve ever had sign up to the gym has been six, but I stress that we don’t push ‘paid for’ membership onto our young people. It’s up to them.”

Jayden concludes with the YMCA mYnd-pump slogan – “first conquer your mind, then conquer the world!”