Getting into the Spirit of Yoga 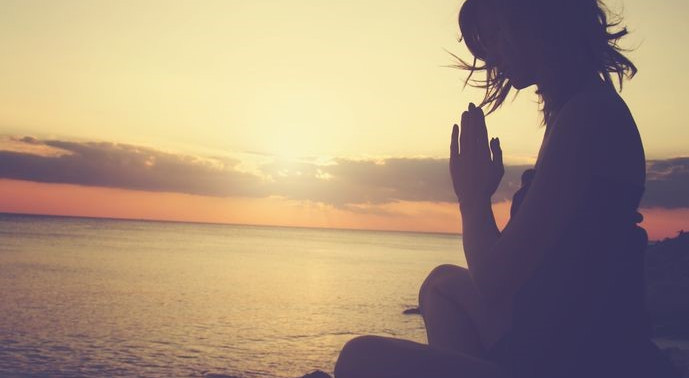 Getting into the Spirit of Yoga

Unlike most ancient religious philosophies, Kundalini Yoga does not hold onto any strict rules or dogmas. The pure nature of Kundalini has allowed each generation for thousands of years to find personal meaning in the practice. The objective is decentralised and selfless - help people actualise their ‘Higher Self’.

Kundalini Yoga does not claim to be the way; it is simply a way. One tool on each individual's journey to personal discovery. A modern day class will feel fresh, relevant and forward thinking - you would think it was a hybrid Eastern-Western concept developed specifically for the 21st Century.

In early Eastern religion (long before Buddhism and Hinduism) it was believed that each individual possessed a divine energy at the base of the spine. This energy was thought to be the sacred energy of creation. This energy is something we are born with, but we must make an effort to "uncoil the snake," thereby putting us in direct contact with the divine. Kundalini Yoga is the practice of awakening our Higher Self.

Today's Western definition of yoga is limiting; it describes a specific type of exercise. To the ancients, yoga was a sacred spirit-body connection. Their goal was not fitness, it was the direct connection to the God-like spirit within us. No religious buffer between man and God was ever considered necessary, it was just practice. Of the many yogas that developed over the past 5,000 years, Kundalini was considered the most sacred.

For thousands of years the science of Kundalini was kept hidden, passed on in secret from master to a chosen disciple who was considered worthy. Teaching Kundalini outside the secret society of Indian yoga elite was unheard of; the public was not prepared to access such powerful knowledge. Kundalini was veiled in secrecy until one morning when a holy Sikh rebel named Yogi Bhajan, wrapped a white turban around his head and took a one-way flight from Punjab, India to Toronto, Canada in 1968.

Yogi Bhajan witnessed the californian hippie cultural revolution in the late 1960s; many of whose principles he recognized from his own Sikh upbringing. He witnessed two important things:

● As evidenced by their search for expanded consciousness, young people in America were longing to experience God.
● Aided by drugs and half-baked mysticism, they were going about it all wrong.

Yogi Bhajan knew that teaching Kundalini Yoga outside the sacred Indian lineage was forbidden. During a meditation on a weekend trip to Los Angeles in 1968, he had a vision of a new spirituality that combines ancient knowledge with modern practicality.

As the 'yoga of awareness', the philosophical purpose of Kundalini Yoga is to awaken your Higher Self. Each individual is an energy center for creative consciousness. By using the scientific methods developed by Kundalini masters over thousands of years, we are able to disconnect from the worldly ego, connecting directly with universal consciousness.

Stretching, breathing, jumping, running, dancing, yelling, chanting, meditating. Any given Kundalini kriya contains a variety of activities. A typical class is focused on control of breath,expansion of energy and alignment of the chakras.

A typical class can be 60 to 90 minutes in length - structured as follows:

Emma has been part of the YMCA family for more than 10 years. She completed her studies with YMCAFit; becoming a Personal Trainer at the Club. Emma then went on to coordinate our Special Populations Programmes. Completing her STOTT Pilates Training, Emma was instrumental in developing YMCA’s dedicated mind and body centre in Kings Cross - YMCA One KX.  It is here she now resides; consistently developing a refreshing mind, body and spirit programme.