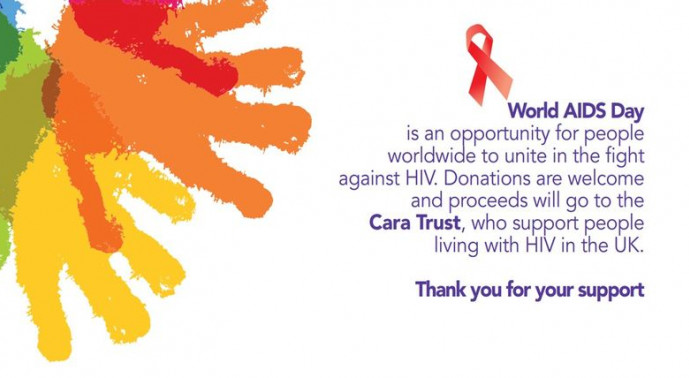 Since 1997, the YMCA Positive Health Exercise Programme has been supporting people living with HIV, through our exercise referral programme.

As part of the Club’s support for people living with HIV, we this World Aids Day, we will be raising money for Cara Trust from 23rd November to 6th December. All donations are welcome.

World AIDS Day is held on 1 December each year and is an opportunity for people worldwide to unite in the fight against HIV, show their support for people living with HIV and to commemorate people who have died.
Cara Trust is a London based charity which tries to make life better for people living with HIV. They target their limited resources on those who face the most pressing challenges compounded by HIV – whether that’s poverty, ill-health, isolation or old age. Part of Cara Trust’s work is to highlight that whilst many people with HIV are now able to work and live relatively unaffected lives, there remain a significant number for whom that's not the case, and for whom daily life can be a real struggle. On top of that, HIV remains a deeply stigmatised condition, which can lead to discrimination or worse.

There are now more people than ever living with HIV in the UK — around 100,000 — with a quarter of those people are unaware they have the virus.  As part of the campaign to reduce the number of people unaware of their Infection during National HIV testing week Positive East and the GMI Partnership will be providing rapid, free HIV testing and sexual health information here at the club.  There is no need to book just turn up Thursday 26th November 2015 12pm-3pm –Level 3.

Thank you for your support