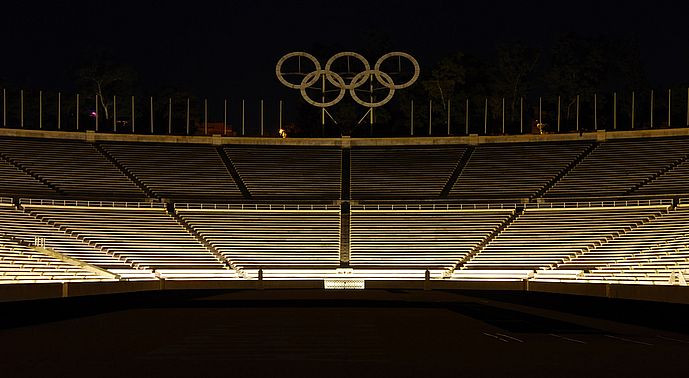 We are so happy that last month’s obituary to Ken McDonald generate such a positive response, truly capturing the community spirit we have here at YMCA Club. Off the back of Ken’s story we received a number of other stories and reflections that intersect with ours and Ken’s rich history and heritage and bring to the forefront the pioneering spirit of our members. Indeed, thanks to the power of the Internet, our article was found as far afield as Australia and it is from here that we bring you our first story.

We were contacted by a Mathew de la Hunty, son of Shirley Strickland de la Hunty.

Shirley was an Australian Olympian and widely acknowledged as one of the greatest athletes of all time. She competed in three Olympic Games and still currently holds the record for the most track and field medals ever won by an Australian. Sadly, Shirley passed away in 2004 but in recognition of her achievements she was inducted into the International Association of Athletics Federations' Hall of Fame in 2014, she was also awarded an MBE and the Order for Australia for her services to athletics in 1957 and 2001 respectively.

In addition there is research being undertaken to create a film of her life, not only covering her athletic successes but her international campaigning on environmental issues, which landed her in jail on occasions.

Shirley and Ken are connected through a mutual attendance of the 1955 Youth and Student Festival in Warsaw, Poland. Until recently it was thought the only Australian attending was Shirley but documentation shows that Ken was also in attendance, leading the British Weightlifting contingent and winning first prize.

Mathew has mentioned he often wonders if Ken ever mentioned the games or Shirley particularly as she rose to become such an icon and Australian national hero. Whilst we will have to continue wondering on this front, Mathew has shared a further insight to Ken’s life in the gym in the USA and the sheer power he possessed as a lifter. You can read it here on page 13.

Our second reflection comes from our very own David Matthews, a therapist for and regular user of the YMCA Club. David kindly wrote to us to share the story of Ken McDonald and Oliver Sacks who trained together at the YMCA Club during the late 1950s / early 1960s, until Sacks moved back to the states in the sixties.

Sacks was first and foremost a neurologist, but came to popular attention through a self-penned book entitled 'The Man Who Mistook His Wife for a Hat'. (This was later made into an opera by composer Michael Nyman).

He later wrote a book called 'Awakenings' which was famously made into the Hollywood film of the same name, starring Robert De Niro and Robin Williams; Williams played Oliver Sacks. His last book was probably written in the knowledge of his own imminent demise, a memoir called 'On The Move'. Asides from being a neurologist, Sacks was a keen weight-lifter. Indeed on page 99 of this book, he writes: 'Besides the Maccabi, I trained occasionally at the Central YMCA, which had a weight-lifting gallery supervised by Ken MacDonald...' Perhaps 'occasionally' doesn't quite make him a fully paid-up member, but who cares, he is a fascinating man and we are proud to have him have trained with us. All his books can be found in Waterstones or Foyle's if you want to read more.