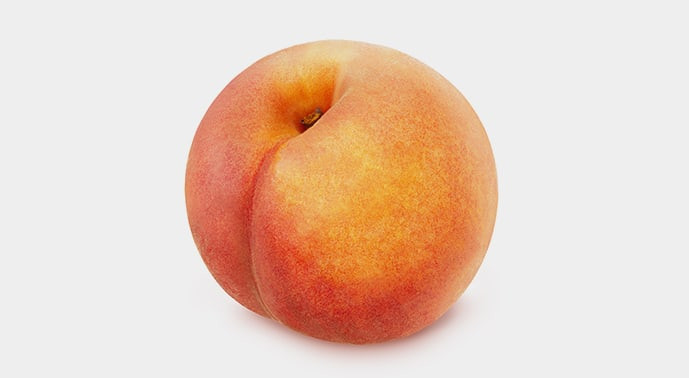 Overindulged in too much turkey and trimmings? Bum not as firm after the festive frivolities? Have no fear, the YMCA Club are launching the new ‘Peach Band’ workout for both men and women from Friday 4th January to kick that butt into shape for the New Year.

Cast your mind back to the 1980s when Jane Fonda was in a leotard and legwarmers. Back then, Jane was the Queen of ‘resistance band training’ or, for the uninitiated, exercising with a giant elastic band.  Fast forward a few years and ‘Legs, Bums and Tums’ took the nation by storm based on a similar concept. However, both were targeting ‘women of a certain age’ as if men were somehow immune to flabby backsides. Not anymore!

Everyone has a bum

In the spirit of inclusivity, YMCA’s Fitness Manager and Personal Trainer, Hamit Buhara, is launching the Peach Band workout class for anyone and everyone:

“Peach Band exercises are good for everybody, not just women. Most of us have weaker butt muscles and weaker external muscles around the knee and hip. The peach coloured resistance band, which is wider than a belt, but narrower than a mini skirt, is placed between your knee and hip. It enables you to work your hips, bum and legs either standing up or lying down. These exercises really help to stabilise those areas and make other movements much more efficient because you’re improving any muscular dysfunction that you might have.”

Resistance bands have stood the test of time and are making a comeback because of their effectiveness and simplicity. ‘Body weight exercises’, where you use your own body weight to initiate movement rather than using heavy equipment, have become increasingly popular. Whilst the resistance band could be considered as a piece of equipment, it’s very light resistance. Thanks to its versatility, lots of exercises can be accomplished with just one simple Peach Band.

As the name implies, Peach Band exercises are designed to get your bottom looking like a firm peach, but Hamit urges all participants to remain realistic:

“It doesn’t necessarily mean that you’ll get a peach bum because everyone’s body shape is different. Your bum will however improve in tone and firmness and your movement ability will get better. It’s hard to say how long it takes to get a peachier bum, but consistency is key with any exercise. It’s about doing it repeatedly and not falling off the wagon. 12 weeks is a general rule of thumb, but that’s not just by doing a Peach Band workout. It’s also supplementing it with other regular classes and training in order for your body to make changes. A peach? Not necessarily. A perter and more toned bottom? Yes!”

Aside from the aesthetic benefits of a toned bottom, resistance band exercises are recommended by Osteotherapists and Physiotherapists during rehabilitation. 43-year-old self-employed Complementary Therapist, Angela Allen, suffers from joint hypermobility syndrome. Angela’s condition means her joints are too flexible which sometimes causes her pain. She’s prone to sprains and dislocated joins. After suffering a lower disk injury in her back a couple of months ago, she’s been incorporating a Peach Band work-out into her personal fitness training with Hamit. It has revolutionised her recovery:

“There wasn’t much I could do because I had a slipped disc. I couldn’t walk, work, sit, stand or sleep. I was in excruciating pain for the first week, but you have to keep moving and try to get your muscles and body working again quickly. When you’re recovering from an injury like that, you feel quite despondent and a bit low.”

“Peach Band training with Hamit has helped massively. I do band work every day to stabilise my glutes (butt muscles), abdominals and to get my core strength back again. It’s so important for me to have strength in my glutes as they love to switch off. Peach Band switches them back on and they become active. My glutes are now working and functioning correctly so they can stabilise everything else.”

“It’s amazing because after a couple of weeks, I was able to do my job, which is really physical (massages and therapy). It’s got me back at the gym and doing basic daily activities which I couldn’t do before. Peach Band has got me up and running so much quicker. It’s really saved me actually and my bum is getting quite perky too!”

Just give it a go!

In an increasingly digital age, with many people leading sedentary lives, Peach Band is more relevant than ever. Weak glutes are often caused by sitting down too much and not doing enough exercise standing up. Glutes are very strong muscles designed for big, powerful movements, however, because we don’t use them as effectively as previous generations, dysfunction around the lower limbs occur. The resistance band helps to ‘wake up’ those muscles and switch them back on again. Many people’s glutes are switched off.

Hamit hopes the kitsch images of the past won’t put people off:

“Forget your pre-conceived ideas. Leave all of that at the door and give it a go! They are absolutely brilliant exercises for all ages and abilities, male and female. Don’t just give it one go, give it three! Everyone’s first time is just an orientation – getting to know how your body moves, understanding the class and the Teacher. It takes at least three tries to know whether you like it. Don’t walk away after just one go. The class will be fun and set to music. It’s not just for very fit people. It’s also for people who are new to exercise. It’s about increasing stability around those key joints and improving muscle and movement coordination in a safe environment. You won’t know until you try it!”

Hamit will provide the Peach Bands, but legwarmers and headbands aren’t included.

Where? Exercise Studio 2 (Minus Level 2)