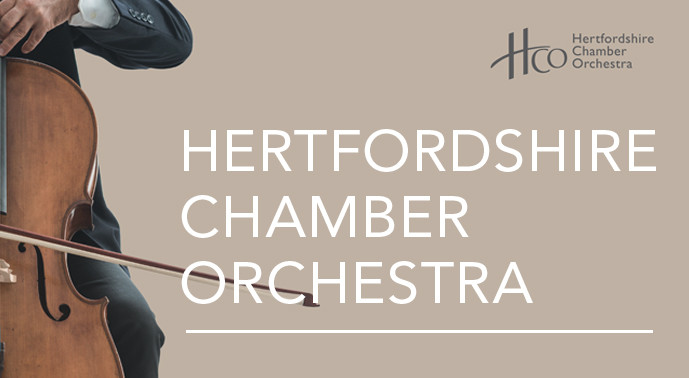 For the first time ever, a classical orchestra will be performing in the YMCA Club at 7.30pm on Saturday 13th April to raise money for our ‘Positive Health Programme’, which has been helping people living with HIV, keep fit, since 1997.

Over 15,000 people have accessed Positive Health. Following a GP referral and initial fitness assessment, participants follow a bespoke twelve-week exercise plan with guidance and support from our trained Fitness Instructors. 91% of participants feel better about themselves after completing the programme. Money raised from the concert will go towards training more staff and volunteers like Marc, to support even more people living with HIV.

For a great cause, come and hear the Hertfordshire Chamber Orchestra perform live in the Main Sports Hall. The programme will be conducted by award winning Conductor, Johann Von Stuckenbruck. Joining him on the night will be solo trumpeter, Philip Cobb - one of the world's best trumpeters - who is also the principal trumpet of the London Symphony Orchestra.

Joining them will be our very own Central YMCA Chair of the Board, Mark Andrews, who’s been playing French horn for the Hertfordshire Chamber Orchestra for a number of years accompanied by his wife, Janie.

On the day of the concert

Due to rehearsals, the YMCA Club will be closed to the public from 2.30pm.

Doors will re-open for the concert at 6.30pm.

The bar will be open before and after the concert, plus during the interval.

Tickets are £12 for members and £15 for non-members - each ticket includes a glass of Prosecco!

After reading Music at King’s College London, Johann won a scholarship to study Orchestral Conducting at the Royal Academy of Music where he won the ASRAM prize and graduated in 2017 with a distinction. Recent highlights include conducting the world premiere of Joanna Lee’s ‘No Sound Ever Dies’ and recording the film score to ‘DIVA’, which was nominated for Best Original Score at the Milan and LA Film Festivals. Johann is also an Assistant Conductor at Glyndebourne Opera House and the Orion Orchestra for young musicians.

About the Hertfordshire Chamber Orchestra

The Hertfordshire Chamber Orchestra was founded in 1966 by keen amateur musicians from various university orchestras. Currently, some of its players work in music education, but the majority of players work in a variety of professions in and around London. The orchestra attracts experienced professionals and young, upcoming conductors and soloists. The orchestra has performed works from 18th, 19th and 20th centuries in London, around the UK, Europe and recently, Dubai and the UAE.